TESTING KITS FOR SENSITIVITES AND ALLERGIES

All tradesmen have specific tools and skills that set them apart from other tradesmen. A Naturopath uses supplements, a Doctor has medication and a stethoscope. A Chiropractor has the ability to adjust the skeletal system. Muscle integrity is the quality of messages going back and forth between the muscle and the brain. A change in the integrity of the muscle indicates there is a stress or appropriate response. This is reflected by the muscle losing power (ie, feeling like it is going weak). As the name infers, the Indicator muscle provides an indication. It is then up to the knowledge and skill of the Kinesiology practitioner to interpret the indication to the best of their ability. A change in the muscle integrity will be determined by the ‘question’ asked. The question asked may be made via verbal questioning, reflex questioning (touching reflex specific points), responses to spoken stress statements and other possible physical, emotional or chemical stressors. Each individual stress response makes up only a part of the problem. Think of it like a jigsaw puzzle. One piece of a puzzle doesn’t mean much by itself. The more pieces of the puzzle you identify, the clearer the picture is. The appropriate techniques can then be found to correct the problem.

An Indicator muscle is used by all Kinesiologists and helps them identify what to do and when. It also helps take the guess work out of the consultation to be as accurate as possible.

Indicator muscle testing may also be known as muscle monitoring.

Meridian interface testing is to gain an assessment of, and activate the interface (connection) between the muscles, the meridian system and the organs.

A meridian is a ‘channel’ through which the body’s energies flow to feed the organs, muscles and other systems. There are 14 major meridians and a number of minor ones. Each meridian has points along it, which is where the acupuncturists place their needles to stimulate and turn the energy up or down. The meridian channels have been scientifically proven and therefore accepted by the scientific world. The energy of the meridians can be measured with finely calibrated multimeters similar to what an electrician uses to measure electricity. When meridian flow is impeded, symptoms such as pain or ill health appear. Keeping meridian flow in balance is a major priority to good health. Pain is usually found to be held as an over energy in a meridian.

Each muscle and organ receive their energy via a meridian. For example, the Pectoralis Major Sternal muscle (a chest muscle) and the liver receive their energy from the Liver meridian. The Upper Trapezius muscle, which helps move the neck and the shoulders, is fed by the Kidney meridian and has a direct connection with the eyes and ears.

Therefore, each muscle shares a relationship with a meridian and an organ, as well as neuro-lymphatic reflexes, neuro-emotional reflexes, vertebral reflexes and vascular reflexes to name a few.  There are many neurological reflexes of the body. Stimulation of these reflexes will in turn affect the corresponding organ, muscle and meridian. Once a Kinesiologist knows the map it is quite easy to help the body return to homeostasis via the meridian system allowing it the best possible chance to heal and rejuvenate itself.

This meridian-organ-muscle reflex relationship affects and supports each other. This is one example of how we are so wonderfully designed. If one part of us has a problem, then the body adjusts, and other associated reflexes take over where possible.

For example, if we eat too much fatty food we feel sluggish. This is partly due to our lymphatic system having too much fat to move from our digestive system. The lymph moves through the lymphatic vessels of the body and is eventually pumped into the blood system near our collarbones. If too much lymph is pumped into the blood system, we can become ill and nauseous. The lymph is pumped through the lymph vessels largely with the help of muscle movement. To slow the pumping of the lymph into the blood, the body turns off neuro-lymphatic reflexes in specific muscles as a precaution. Unfortunately, if a person eats too much fat too often, these reflexes may not turn back on when it is safe again. Kinesiology can identify this and correct the problem via rubbing specific points.

Strength testing is usually used by health professionals such as Physiotherapists and Occupational Therapists for insurance and legal reports. It is also used to gauge where the client is at as far as so-called strength is concerned with a muscle.  It is not widely used by a Kinesiologist as a Kinesiologist will identify which reflex is not actively bringing strength to the particular muscle.

Strength testing is used to ‘rate’ the amount of strength a muscle or limb has between 1-5.

With new technologies this power can now be measured by having the client press hard against a device which measures how much pressure is being activated. 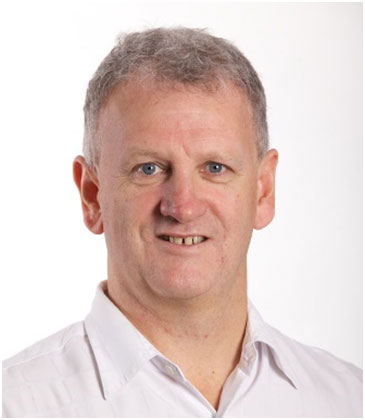 This article was written by Danny Liddell

As well as being a Senior Faculty Member of ICPKP, Danny is the author of ‘How Kinesiology Works’ and holds a Certificate IV in Small Business Management and a Diploma in Business and a Diploma in Training and Assessment Strategies. This brings a good strength to the college where he provides students with extra help to build their Kinesiology business to be successful.